Its exchange rate was supported by reaching a long-awaited agreement on the conditions of Great Britain leaving the European Union. The British pound has even reached 5-months maximum close to 1,30 USD after the news about Brexit agreement was released, but later in the day lost most of the gains.

The universal European currency has improved by 0.5 percent around 4.15pm CEST and floated around the value of 1.1125 USD. The pound showed improvement of 0.2 percent and value of 1.2860 USD at about the same time, although during the day it reached as high as 1.2990 USD.

An agreement on Brexit conditions has been announced by the European Commission chairman Jean-Claude Juncker as well as by British prime minister Boris Johnson. However, it is still unsure whether the agreement will be approved by British Parliament. The Unionist from Northern Ireland, key allies of Johnson’s Conservatives, have already stated that they cannot support the deal in its current content, since it is not in line with long-term interests of the Northern Ireland.

“The fact, that we now have the deal, means that we have moved away from hard Brexit. All attention will now be focused on voting (of British Parliament about Brexit deal) over the weekend,” stated Brad Bechtel, analyst from Jefferies company, as reported by Reuters. 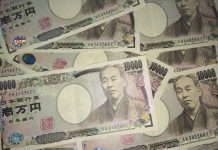