Home Commodities Profits of Chilean miner dropped in a quarter due to decreasing Chinese...

The cause is decreasing car and electronics industry demand.

Chilean company SQM is world’s No. 2 lithium miner. Its net income in third quarter of 2019 dropped in 28 %. According to Ricard Ramos, SQM’s Chief Executive Officer, it’s an expected progress due to decreasing lithium demand in China. The demand was much lower than estimated.

China currently represents the world’s biggest lithium market. “We expect that the overall Chinese demand will be much lower than our long-term estimations,“ Ramos stated when evaluating economic outcomes of the third quarter.

The company also stated that this should be a short-term fluctuation as long-term demand fundamentals indicate return of growth in lithium demand. However, the current situation reflects the commodity price, which dropped in approximately 14 % in last 12 months. 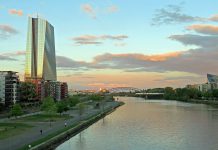