Home Commodities There is an extreme shortage of coffee. This is due to extreme...

The International Coffee Organization warns that there is a huge shortage of coffee in the global market in the coming season 2021/2022. This will be reflected in rising prices, which are already hovering around two dollars per pound.

Coffee is currently the most expensive on the global market since 2014. This is due to the non-harvest of coffee beans in Brazil, where large areas where coffee is grown have been hit by unexpected and relatively severe frosts. The price of Arabica coffee in the global market has risen by more than forty percent.

And according to the International Coffee Organization (ICO), there is a risk that the shortage of coffee on the world market will deepen in the coming season, which begins in October. “A significant reduction in world production is expected in the 2021/2022 season, as some important areas have been hit by extreme climate shocks,” the ICO quoted Reuters as saying.

According to the ICO, the world supply of coffee will fall below the level of demand, which will further increase the pressure on the growth of its price. This could also have an impact on coffee prices for final consumers in the coming season, including rising coffee prices in cafes and restaurants. 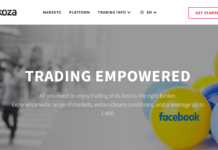