27 out of 30 best Egyptian shares strengthened on Wednesday

Egyptian blue chips were main stock market leaders in Middle East. Especially foreign investors seizing the opportunity of local investor sales were interested in it. The positivity from Egyptian Stock Exchange shifted to other Persian Gulf countries. One of the main causes was petroleum price growth which increased in 2 % due to expectations of OPEC and its allies mining decrease.

Best Egyptian shares increased during one day in 1,2 % after losing for two days. Qatar Stock Exchange index added up almost 1 % and Stock Exchange in Dubai grew in 0,6 % especially due to Emirates NBD Bank adding up 2,6 %.

The only Stock Exchange among Persian Gulf countries affected by the decrease was Saudi Arabia which wrote off 0,2 %. The main reason was expected announcement of Saudi Aramco subscription shares price which should be known around 12th December. Until then investors are likely to hold back to make sure they have enough financial means for possible Saudi Aramco shares investment. 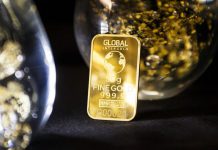