“This is an important step forward, which will speed up the strategic transformation of our company into a petrochemical industry giant,” Amin Nasser, CEO of Saudi Aramco stated in an official statement. SABIC represents the fourth largest petrochemical company in the world. Due to that, Saudi Aramco transforms into oil processor from the current position of oil producer.

“In the long run, we expect a growing demand for oil and oil products in a record pace until 2040,”  Abdulaziz Al-Gudaimi, Senior Vice President of Saudi Aramco said. Saudi Aramco will pay money spent on the acquisition until 2028 to the Public Investment Fund (PIF) and the payment period was extended by three years compared to original plan. Saudi Aramco will pay $32.90 per share of SABIC, 27% above the company’s share current price. 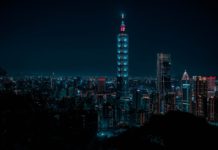