Companies shake off pandemic lows to surge in valuations

The report highlights the circumstance around the record surge in market value for the five companies. According to the research report:

“Against all odds, the stock market began a rebound in April. The resurgence highlights a significant disconnect between the economy and the stock market. The rate of unemployment was surging weekly, and the stock market was making gains directly impacting the value of listed firms. Interestingly, despite the crash, the top 500 public U.S. companies’ cumulative market cap didn’t plunge lower than the previous year’s figure.”

Across the year, the pandemic emerged in different phases threatening the economic gains made. The analysis notes that:

“In general, the stock market’s resilience was exhibited further in the year despite concerns about the pandemic’s second wave. Some states shut down economic activities, but the market cap remained consistent. This is an indicator that gains made were sustainable.”

After emerging from the historic lows, the five companies’ value will likely keep rising as growth drivers like the tech firms cultivate on the gains made from the pandemic. 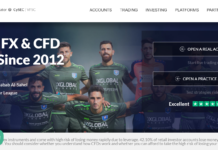