According to Tesla founder Elon Musk, there is a possibility that the company could once again start accepting Bitcoin to pay for electric car purchases. But its miners must start using renewable energy sources more widely.

“If it turns out that miners are using (around 50 percent) clean energy and there is a positive trend, Tesla will resume accepting Bitcoin for transactions,” Elon Musk tweeted under a post accusing him of manipulating the Bitcoin market. “It’s not accurate. Tesla has sold only about 10 percent of its Bitcoin assets to make sure it doesn’t move the market,” Musk added on the social network.

Bitcoin responded to the information by rising more than five percent, but as central European summer time midnight on Sunday, the cryptocurrency added about 8.5 percent from the previous day. And it brought the $40,000 mark within sight.

Meanwhile, Elon Musk announced in May this year that Tesla would not accept Bitcoin when selling its vehicles because its mining is environmentally friendly. According to Musk, too much energy from fossil sources is used in the conquest of Bitcoin. Bitcoin reacted with a sharp drop at the time. 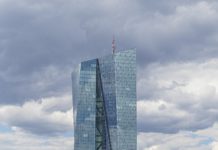