Although President Vladimir Putin’s decree that countries hostile to Russia must pay for commodities in rubles has been in force in Russia since Friday, German importers continue to count on the original form of contracts.

From 1 April, buyers of Russian gas, oil and other commodities should pay in roubles instead of euros or dollars. The decree, signed by Vladimir Putin at the end of March, applies to countries on the list of countries hostile to Russia. Practically the whole West.

Warning from the German Ministry

However, the German Association of the Energy and Water Industry is counting on German customers continuing to pay for supplies of commodities from Russia in euros or dollars. “The news from Russia about how it is demanding to pay for gas supplies only confirms that the move to early warning mode by the German Ministry of Economic Affairs was the right one,” said Kerstin Andreae, the association’s chairwoman.

German Economy Minister Robert Habeck described Putin’s demand as blackmail. So does French Finance Minister Bruno Le Maire. Earlier, the G7 group of countries, to which Germany and France belong, insisted on payments in the originally agreed currencies. However, the Russian president warned that Europe could be left without gas supplies. 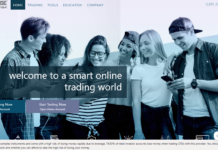