According to the global biggest steel producer, the demand for steel will be rising especially due to car industry struggling.

About 3 percent more of steel should be sold on world exchange stocks this year, the global biggest steel producer Arcelor Mittal forecast. Car industry as well as slowing demand for machinery is to be blamed. Furthermore, insecurities connected to trade disputes between the US and China play its part, too.

“We continue to face tough market conditions. These conditions influenced the trade especially in third quarter, which is characterised by low steel prices, even though the input costs keep growing,” said Lakshmi Mittal, chief executive of ArcelorMittal for Financial Times.

Demands for steel are depressing globally. In third quarter less than 7 percent of steel was sold compared to last year. Yet, costs of raw material hit a five-year high price of $126 a ton in June. The high costs were caused by collapse of Brazilian company Vale, the world’s biggest producer of the commodity. 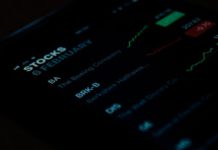