The Governor of the Bank of England, Andrew Bailey, believes that cryptocurrencies, as originally designed, are not an ideal form of digital currency. According to him, there is a perfectly legitimate debate about what role central banks should play in the world of cryptocurrencies.

Andrew Bailey made his remarks during a virtual conference held to mark the annual gathering of global political and economic leaders in Davos, Switzerland. Bailey stressed that digital innovation in payments is important and will continue to accompany us.

They say it’s just about finding the right form and managing this model. “I don’t think we’ve found this form yet. With all due respect, I don’t think cryptocurrencies as originally designed are the right model,” andrew bailey said.

According to the head of the Bank of England, the problem with pure cryptocurrencies lies in the huge volatility of their value. Bailey believes that people want to use a stable medium for normal payment, and this stability is very lacking for cryptocurrencies. The future is said to be in stablecoines, which are to some extent linked to the standard currency. 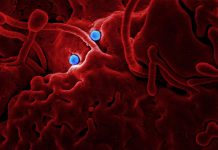