Home Economy Confrontation would be a disaster for both countries, Joe Biden said after...

Joe Biden spoke on the phone with his Chinese counterpart Xi Jinping for the first time as US president. Politicians agreed that it was not in either country’s interest to confront each other on any front.

While Xi Jinping called for cooperation and a “win-win” solution, Joe Biden said China is the most serious competitor for the United States to compete with. But not confrontationally, as was the case under Biden’s predecessor, Donald Trump. They say that would be a disaster for both countries.

After a two-hour phone call with Xi Jinping, Joe Biden told senators that the United States must modernize its infrastructure and increase its role in the world to counter China’s rise. “If we don’t move, they’re going to beat us,” Biden said, according to Reuters. “They are investing billions of dollars in a wide range of areas from transport to the environment. We need to recover,” the White House chief added. 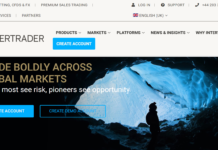