Home Crypto Cryptocurrencies have come under selling pressure. Bitcoin has lost a fifth of... Back in the first decade of November, it attacked the $70,000 mark, and today it is holding at about half that amount. Bitcoin and other cryptocurrencies have been hit by a wave of sell-offs. In 2.5 months, a trillion dollars has evaporated from the market.

Bitcoin has lost more than a fifth of its value just since Thursday, weakening from more than $43,000 to $35,000. On Sunday night, it even fell below that psychological threshold, at which it last traded in late July 2021. Since last November, however, Bitcoin has lost about half of its value and about a trillion dollars has disappeared from the cryptocurrency market due to the sell-offs. Most of that is attributable to Bitcoin.

Behind the gradual decline of cryptocurrencies is the expected tightening of monetary policy by the US Fed, which will eventually be joined by other major global central banks. Thus, there will be less excess liquidity in the financial markets and investors will start looking more at fundamentals.

“People will realise this year that being an investor is really hard work,” Bloomberg quoted Mike Novogratz, one of the “celebrities” among cryptocurrency investors. Matt Maley of investment firm Miller Tabak + Co believes the trend will eventually reverse. “Then institutional investors will come back,” he told Bloomberg. 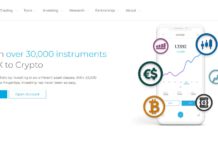 Bitcoin is the weakest since early February. In just a week,...