Largest Forex Event in the MENA Region organized by Mr. Michael Xuan was held in December 2020 at the World Trade Center in Dubai. The Forex Expo is the event for the Forex professionals and focuses on FX Trading Business. The event was attended by a total of 2,500 visitors and featured 24 speakers and 27 exhibitors offline. Forex Expo 2020 was inaugurated by Mr. Mahir Abdulkarim Julfar, Executive-VP of Venue Services at Dubai World Trade Centre.

The event also took place online for participants who could not come to the place in person and as they could join a free online event. To take a part of the largest Forex Event in the MENA Region, attendees and exhibitors traveled from all over the world. Both meet up and networking parts of the event were in a well-organized matter; thus, all attendees followed strict safety precautions due to pandemics. The visitors came mainly from the United Arab Emirates, Saudi Arabia, Israel, Rusia, Cyprus and other countries.

The Opening Ceremony was followed by lectures by experts. During the event, the latest Forex trends were presented. The event also included the Grand Award Ceremony for the best performing companies in the Industry. Within the Middle East and North Africa (MENA) region, ADSS and CFI were chosen as the winners. Gulf Brokers received the Best FX Broker Asia award. The company also received the Best IB Program award.

The awards for the Best CFDs Broker and the Best Retail Forex Broker were received by Alpho. Forex.com won the Best FX broker award, while CAPEX won the Best FX Educational Broker prize. The title of the fastest growing broker was won by Accuindex. The Best CFDs Broker award headed for Alpho. The company also received an Best Retail Forex Broker award. MetaQuotes was rated as the best trading platform. Olymp Trade left the two-day event with the  FX Trading Platform award.

According to Mr. Michael Xuan, who organized the Forex Expo 2020 despite the current unfavorable situation, the event in Dubai this year enabled both online and offline visitors to interact in the best possible way. 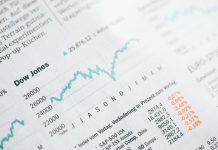 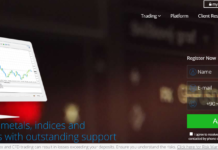