There was a paradoxical situation in Asia’s main stock markets during Monday’s trading. While the Shanghai stock exchange was noticeably weakening, Hong Kong grew slightly. Shares on the Tokyo and Seoul stock exchanges also moved in the counter direction.

Shares on the Shanghai stock exchange lost one per cent early in the new week. The CSI300 index, which includes so-called blue chip titles, even weakened by 2.2 per cent as it plunged even three per cent through the day. Behind the downturn are mounting concerns about the implementation of restrictive economic policy and a macroeconomic prediction that counts on a conservative estimate of economic growth in China’s economy this year.

Nor have better-than-expected numbers charting industrial and trade activity helped Chinese stocks. But the Hong Kong stock exchange benefited from the data. The Hang Seng index there strengthened by a slight 0.3 percent, despite a fall in a sub-index that includes Chinese companies. Hong Kong was dragged upward by financial titles and shares of companies from the healthcare sector.

Shares in Tokyo, which firmed 0.17 percent, and Seoul, which, by contrast, lost 0.28 percent, also went against each other. While Tokyo was strengthening thanks to cyclical titles, Seoul was heading down for technology. 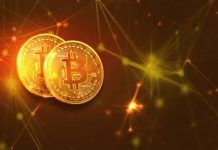