Investors have turned their attention in recent weeks to a completely different cryptocurrency than one might expect. They are now popular with Ethereum, which set its next price record on Monday. For the first time, it got over $4,000.

On Monday evening Central European Summer Time, Ethereum briefly traded for more than $4,200. It showed a daily boost of more than six percent. At the end of April, it tested the durability of the 2.5 thousand-year limits.

Ethereum is the real prime among cryptocurrencies this year. On New Year’s Eve, its price was around $750. Since then, Ethereum has gained about 460 percent. In other words, whoever invested $1,000 in Ethereum at the beginning of January this year is currently worth $5,600. Bitcoin, the oldest and most popular cryptocurrency, can only dream of such an appreciation. Bitcoin has strengthened by about 100 percent over the same period, and even that is a respectable feat.

But the rate of appreciation is not the only indicator in which Ethereum has surpassed Bitcoin. Currently, Ethereum also trades in larger volumes than Bitcoin. While Ethereum’s business has exceeded $71 billion in the last 24 hours, bitcoin’s has been just over $68 billion. 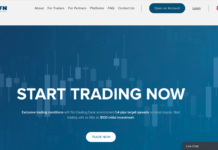