Home Crypto Bitcoin has had a wild weekend. Lost a fifth of its value...

Fears of a slowdown in the global economy and also taking profits. According to analysts, these were the main reasons for the weekend drop in the price of Bitcoin at one point by more than 20 percent. On Sunday, however, Bitcoin again attacked the level of $ 50,000.

Who managed to buy Bitcoin on Friday, on Saturday morning (Central European Standard Time) had to experience an unpleasant awakening. The most popular cryptocurrency has become cheaper by more than $10,000 in a matter of hours and lost 18 percent of its value. At one point, it fell as much as 22 percent, and only two thousand dollars were missing to fall below 40,000.

This was due to investors‘ fears of a slowdown in the recovery of the global economy due to the spread of the SARS-CoV-2 variant of omicron virus, but also the collection of profits. On Saturday, however, Bitcoin began to recover from its fall, trading around $49.5 thousand on Sunday. However, bitcoin is still missing about seven thousand dollars to its original levels.

According to some experts, there was a fairly solid opportunity to buy over the weekend, as Bitcoin is likely to grow stronger in the long run. The purchase of Bitcoin was also announced, for example, by Salvadoran President, Nayib Bukele, whose country recognizes the cryptocurrency as official currency. 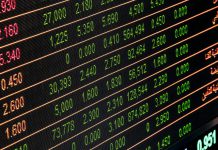 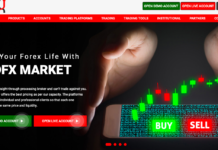 Bitcoin is above $42,000, Ethereum is approaching the three-thousand-dollar mark