The world’s best-known stock index broke the 30,000 mark and created psychological support at a time when the US economy is being crushed by the coronavirus, leaving millions unemployed behind. The Dow Jones is up 10,000 points, the fastest in history.

Investor sentiment was buoyed on Tuesday by other good news on progress in obtaining a vaccine against coronavirus. Markets have also appreciated the information coming from the White House, where Donald Trump’s smooth transfer of power to Joe Biden appears to be about to take over.

On the other hand, crossing the 30,000-point limit in the Dow Jones industrial average did not cause as much enthusiasm as when the index reached above 20,000 for the first time in its history less than four years ago. Such a view, according to analysts, stems mainly from the circumstances in which these psychological boundaries were broken.

While the US economy was in great shape in January 2017, after nearly four years, it is certainly impossible to say. The economy is still plagued by a coronavirus epidemic, the United States is effectively facing a third wave, and the number of newly confirmed cases is breaking records. So, in this context, it is no wonder that crossing the 30,000-year limit has been without the banging of champagne and grand expectations. It’s a record, but it’s based on fragile foundations. 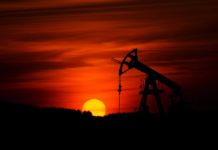 Dubai is a global hub for online trading, Interview with VP... The tradersratings.com portal announces a competition for the best brokerage mobile...