Home Economy Elections that could shake the markets in late 2019 This applies especially for countries with strong populist or extremist parties which promise to radically reshape the economy, or spend great amounts of money which the state usually does not have. We have selected three parliamentary elections in countries we think could affect the markets the most.

On 13th of October, voters will be electing both chambers of Polish parliament. Should the current ruling Eurosceptic party PiS lose, it would bring a reduction of tension between the Polish government and the European commission. On the other hand, a clear win for PiS could persuade its leader to pursue a more aggressive course vis a vis EU.

Canadians will also be electing new members of parliament (the exact date is not set yet, the very latest date is on 21st of October). The ruling Liberals and opposition Conservatives are currently neck to neck in opinion polls. Should the Conservatives win, we can probably expect somewhat less regulation of business and less grandstanding in international affairs which may be good for Canadian companies.

And last but not least, on 27th of October Argentinians will be electing both their president and members of parliament. The current president, Macri has enacted harsh austerity measures which may have placated the markets, but also may have fatally undermined his chances of getting re-elected. Macri has suffered a crushing defeat in primary election last week and it seems that Argentina will be going to be less spendthrift in the future.

Asia has started the new week and markets inconsistently. 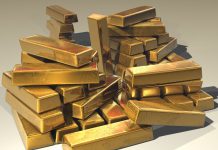