The black gold price dropped in one third, which is the biggest price plunge since the end of the 1991 Gulf war

The fall was caused by disputes between Saudi Arabia and Russia on oil production cuts.

Last weekend’s OPEC and Russia meeting caused surplus of oil on global market – around 4 billion barrels daily. Saudi Arabia decided to increase oil production and intends to offer discounts on oil supply to its exporters. Due to that, two of the most commonly traded types of crude oil types WTI and Brent were between $30-$35 per barrel. Yet, the price was approaching the level of $60 about a month ago.

With such a significant oil price drop, we may wonder who of the powers win. Russia or Saudi Arabia, who “shot“ first? The Kremlin announced it was capable to supply oil with price between $25-$30 from 6 to 10 years. Similarly, Riyadh could still supply oil for $30. Oil production of both countries is comparable – Saudi Arabia produces around 12 billion barrels a day and Russia extracts 11 billion barrels daily.

Yet, Russia seems to be the winner. While Saudi Arabia needs to sell oil for at least $80, Russia needs only $40 to maintain its fiscal balance. Therefore, the final results will depend on the fact how much profits the powers release to loss. 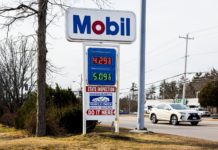