Rising energy prices, supply chain problems and the Turkish Central Bank’s unorthodox monetary policy strategy led by Recep Tayyip Erdogan. These are the main causes of the further increase in inflation in Turkey.

The price level in Turkey increased by 73.5 percent year-on-year in May. The country’s inflation rate is the highest in 23 years. This is according to data from the Turkish Statistical Office. In addition to energy, inflation is most evident in food, which has almost doubled in price in a single year. More precisely, by 91.6 percent.

According to experts, however, even worse times await Turkey as inflation continues to rise. In addition to rising energy prices or supply chain problems, the increase in the price level is mainly reflected in the policy of the Turkish Central Bank, which acts pro-inflationary.

Dispute between the President and the Central Bank of Turkey

Last spring, Turkish President Recep Tayyip Erdogan fired those members of the central bank’s board who criticized his recommendation that the bank do the opposite instead of raising interest rates. Turkey’s central bank already had four different governors in two years. Erdogan has imposed a weak lira policy on the bank to promote exports. But the weak lira also makes imports more expensive, fueling inflation. 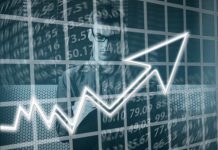