Home News Inflation in Switzerland is set to double this year.

The rate of price level growth is expected to reach 2.1 percent in Switzerland this year. While this is significantly lower than the inflation experienced by other advanced countries, it is about twice the level of the Swiss National Bank’s target.

The Swiss National Bank will take “all necessary measures” to slow down price increases in the country. Swiss National Bank Governor Thomas Jordan said this in a statement on Thursday. The Swiss inflation forecast for this year is double the target. According to central bankers, this is due to the continuous rise in energy prices, the disruption of supply chains and, last but not least, the war in Ukraine.

However, unlike the US Fed or the Bank of England, the Swiss National Bank has so far left its interest rates unchanged. These are at an all-time low, at least in the developed world, at -0.75 per cent. Swiss central bankers are thus acting in line with market expectations.

“We are not completely helpless. We are monitoring inflation forecasts and are ready to take all necessary measures to ensure price stability in the medium and long term,” Jordan told reporters. The Swiss franc reacted to the announcement by strengthening against the euro and the dollar. 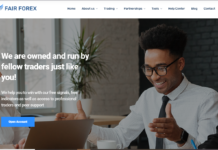