South Korea is facing literally a urea crisis. It will therefore send aircraft to Australia to transport to the country on 27,000 litres of additive, which is used in diesels and factories to reduce emissions. Otherwise, traffic and industrial output threatens to stop.

Urea shortages have driven truck drivers to gas stations in South Korea. The fluid must be added to diesel to help reduce greenhouse gas emissions. There are around two million cars running in Korea, mostly freight, with a diesel engine.

The problem is that nearly 97 percent of urea imports are provided by South Korea in China. But the world’s most populous country cut urea exports significantly last month to meet domestic demand.

It’s not just transportation, though. Approximately a third of urea is used in industry in South Korea, and cars account for less than a tenth, while the rest is used in agriculture. Korea has secured the supply of about 200 tons of urea from Vietnam, another tens of thousands is negotiating with other states. Last year over 835 thousand tons of this additive were consumed in Korea. 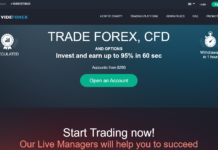